Mark Delstanche – Conquering The North Atlantic (One Oar At A Time)

The first person in history to row solo and unsupported between New York and London in a 7m (23ft) boat, Mark Delstanche has accomplished a truly epic journey.

Leaving from Battery Park in June, it took him just 97 days to brave the challenging North Atlantic weather to arrive at Tower Bridge on 19 September. Powering through some eight major storms, seven capsizes and a host of equipment failures in his boat, Square Peg, Mark has emerged smiling and is clearly delighted to be back on dry land – for now. His efforts have raised an exceptional amount for two charities, Global's Make Some Noise and The Plastic Ocean Project.

Timing and weather played a major role in this mission, with Mark experiencing delays at both the start and end of the row. Unusual meteorological patterns meant that no other Atlantic attempts were able to leave New York prior to 31st May. Four other boats (one four-man and three solos) departed two weeks before Mark, but all encountered the full force of Atlantic weather at one stage or another. With a frustrating hold-up once back in UK waters, Mark had to bide his time, explaining, "Had I arrived two weeks prior to my actual arrival, maybe I would not have got stuck as I did for 18 days, waiting for the easterly winds to pass. That said, I found that one of the worst mindsets to adopt throughout the journey was the 'what if'. It tends to chew you up for no benefit whatsoever, better to just accept what is and get on with it". The fact that Mark arrived in the UK two weeks prior to two of the other solos is testament to his phenomenal determination. 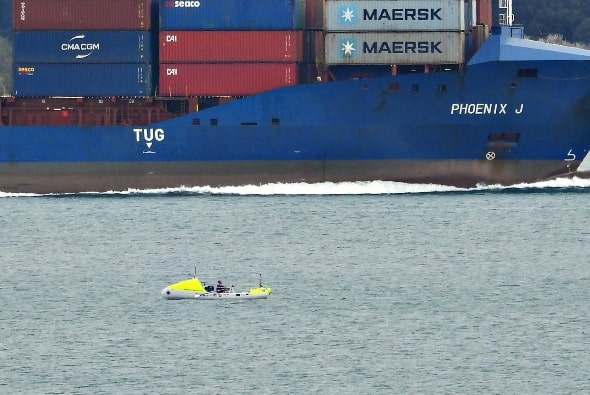 Labelling the project an "incredible experience", Mark also admits that each day took its toll, bringing a series of highs and lows dependent upon the ever-changing sea state. With weather forecasts received every four days, this had a massive impact upon Mark's mental state, adding to the anticipation of what lay ahead. "Though I never felt fear, the anxiety upon receiving the weather forecasts was one of the hardest things to deal with as they would sit with me and play on my mind until the inclement weather arrived, by which time I'd just have to deal with it. There wasn't a single forecast with purely beneficial conditions, such were the weather patterns in the Atlantic this year". Dubbed the worst summer for North Atlantic storms for over 40 years, this made an already treacherous journey utterly unpredictable and far tougher than it should have been. 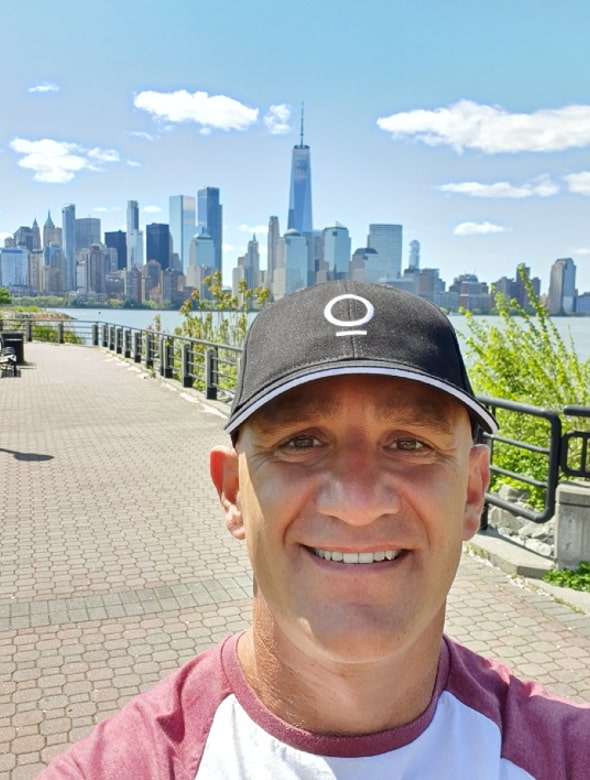 Physically, Mark acknowledges he was in great shape for the challenge, with the preparatory work he put in prior to departure paying enormous dividends. A tough first 10 days were spent on painkillers for lower back pain, but beyond that he suffered no major injuries, "only tendon damage in my hands, meaning that I now cannot close them beyond a rowing 'claw' – not so good for holding a toothbrush or cutlery! However, I was able to jog up the gangway at Tower Bridge to greet everybody that turned up to support me". He recognises that more time on Square Peg may have been valuable to adapt to certain routines and handling characteristics rather than work them out after departure, but one thing is for sure, no amount of training or groundwork could have prepared Mark for the severe weather conditions he encountered along the way.

I slept four hours in four days and at one stage rowed for 27 out of 31 hours. At times, my mind and body were totally disassociated and very much on auto – I went way beyond limits I'd previously experienced

Surprised to learn just how far he could actually push himself, Mark admits, "It was by far the hardest thing that I've ever done, it made climbing Everest look like a walk in the park! For the last four days prior to arrival at the UK coastline, I knew that I had to push hard to get to shore before strong easterly winds pushed me back out into the Atlantic. I slept four hours in four days and at one stage rowed for 27 out of 31 hours. At times, my mind and body were totally disassociated and very much on auto – I went way beyond limits I'd previously experienced".

Equipment longevity did not live up to Mark's expectations either, with the propellor breaking before he had even reached the Atlantic and both main solar panels failing on day three. This meant that he had no autopilot, having to steer the entire journey with his foot and additionally limit water consumption. Mark recollects the dismay of day six, which saw his self-designed drive system completely fail - now currently lying a few miles down off Long Island. He admits, "I should have rowed an ocean first before deciding to reinvent the wheel with a propellor drive system" but luckily with foresight he had packed two sets of oars. Surviving seven capsizes was no mean feat, with the first knocking out his deck speakers and the discovery of several 'weep holes', but duct tape and Sikaflex ensured a fully waterproofed boat was established by the fourth time! The list of trials continues, "The compass light failed shortly thereafter. All deck navigation equipment along with my tracker, handheld VHF and ability to email was lost in a particularly violent capsize at the beginning of August and I lost a sock overboard!".

Thankfully, Mark also experienced a number of highlights along the way. An encounter with the captain and crew of M/Y GENE MACHINE provided a huge lift to Mark's spirits and also some amazing photos, as he recalls, "They diverted for a fly by, 1,000nm off of the US coast. Between them, they gave me a real sense of fraternity within the yachting community that I have never felt before". Another unexpected meeting with a huge humpback whale was certainly more personal, with Mark describing how the enormous creature " glided directly below the boat and surfaced only 15 metres from me". Luckily for him, it did not get any nearer but still offered an awe-inspiring opportunity to watch this majestic creature up-close. 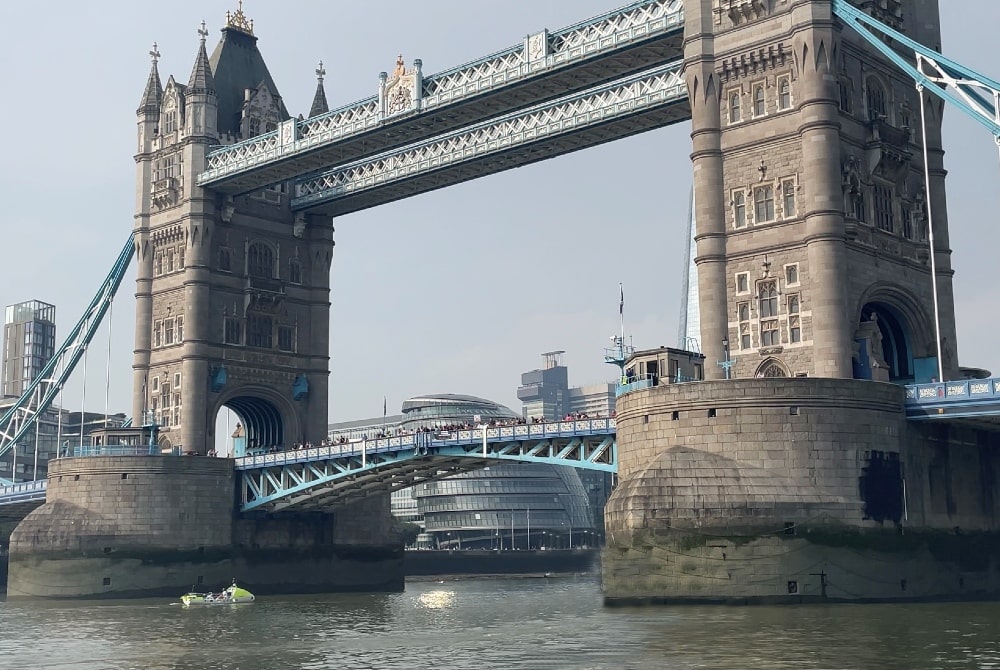 Reflecting on whether he would plan anything differently, Mark’s approach is philosophical. "A bilge switch and a VHF handset for the main set on deck, rather than in the cabin, would have been really handy. After capsize number four, I adapted a dagger board to make a makeshift brace in my cabin, effectively pinning me into my bunk which proved really handy for the next three, but apart from that, I was pretty happy with how everything went." His resourcefulness at sea was most definitely his saviour.

The sheer physical and mental effort day in, day out as well as dealing with the ever-changing seas made it incredibly tough however the times of peace and absolute solitude as well as the marine life encounters more than made up for the tough times.

Reunited with his most fervent supporters, his wife and boys, he is obviously thrilled to be back and fully appreciates just how tough this experience has been on them too, from a different perspective. Having alighted in London and devoured "probably the most delicious burger in the world", Mark defines his family support network as his guiding light. "On the dark days (and there were a few), the first thing I did was to call my wife who would always be positive and tell me what I needed to hear, despite any fears that she might have and my boys would always tell me never to quit however bad the circumstances. It's only through their unwavering support that I was able to push through and make it to the finish line."

Will he now kick back and relax at home, or does Mark feel there is a calling for him to accomplish more acts of endurance? "There will be other adventures but nothing on this scale. I set out not only to create a world record and raise money for my charities, but to prove to myself that I could push beyond the limits of human endeavour. I feel that I have now achieved that and can probably take my foot off the gas a bit now!" Although he adds with a twinkle in his eye that the Northwest passage and South Pole (as well as a few other mountains) are still beckoning. Given Mark’s history, it looks like a case of 'watch this space'.

Mark would like to thank all of his sponsors from the yachting community who helped to fund about 25% of the whole project.

To learn more about the journey and donate to the chosen charities, visit northatlanticsolo.com.