Superyacht Captain Mark Delstanche will set off in June 2021 to row solo in a 7m boat from New York to London.

Superyacht Captain Mark Delstanche will set off in June 2021 to row solo in a 7m boat from New York to London. Husband of Ocean Independence Charter Manager Helene Delstanche, Mark will be raising money for two charities as we closely follow his progress and the trials he faces along the way.

A trans-Atlantic crossing is a considerable undertaking for any yacht, but tackling the uncertainties of the North Atlantic in a solo rowboat just under 7m seems practically ludicrous. Yet adventurer and superyacht Captain Mark Delstanche is more than ready to tackle this massive 7,000km+ charity rowing challenge from New York to London, in which he hopes to raise over £50,000.

Talking from his hotel room in Antigua whilst observing mandatory quarantine regulations, Mark is pragmatic when describing the trip that he has carefully planned for several years. Waiting to be reunited mid-May in New York with his Rannoch R20 boat ‘Square Peg’, or 'Peggy', it is clear from his calm manner that an extra two week delay due to the Suez Canal incident has not phased him.

Candidly admitting that Antigua is not the worst place to endure this elongated stay, Mark confirms there is a great hotel gym so he can stick to his training routine which has now become commonplace to him. Fitting this around his job as a superyacht Captain does not come easy, but Mark passes this off as "all part of the plan".

Specialist training and guidance has come from a fellow ocean rower whose coaching presented a new outlook. "His training program introduced a different perspective to me that was pretty radical. Yes, it was obviously building up muscles for the anticipated 12-14 hours of rowing", he says, "but it focussed on exercises to minimise the chance of injury which is so important in this situation. In fact, injury is one of only two things that truly frighten me – the other being complete equipment failure ". He jokes, "I'm bringing along plenty of duct tape – you can fix yourself and you can fix the boat. It is invaluable."

Tackling this journey solo with rowing as the only propulsion, Mark learned from his last row in the Arctic and was determined to make Peggy as efficient as possible to maximise manpower. After consulting world-renowned marine architect Phil Morrison, he has developed a unique new system to ensure constant propulsion regardless of sea conditions, to make steering more responsive and generate electricity for essential systems. Peggy will be the first boat to utilise this technology, and if successful, it could revolutionise rowing propulsion systems.

Enthusiastic and driven, Mark is keen to get underway, hoping for a 24-hour turnaround from Peggy's arrival in New York to their departure from the Statue of Liberty, weather permitting. "We just need a good 4-day window with offshore winds to get past the continental shelf and out into the ocean, then we are off" he confirms. The aim is to accomplish the trip in 90-100 days, but that is relying on fair winds and good sailing, and prior attempts have stood at around 120 days. Unusually this year there are a total of four trans-Atlantic rowing challenges taking place (including Mark's), so it is possible he will not be the only rower in the ocean. 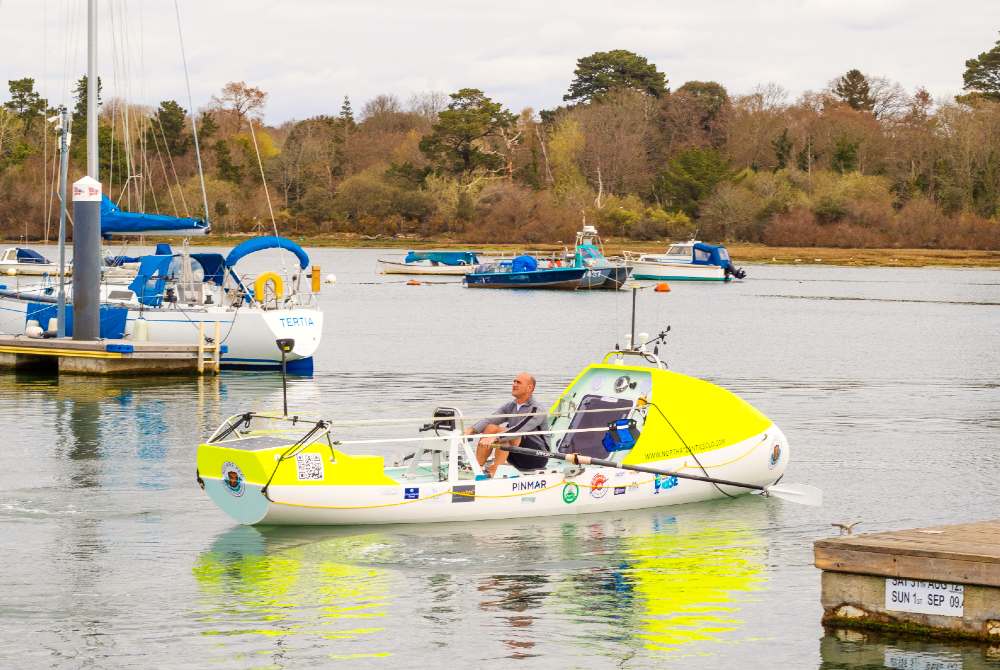 Built as a two-man boat, Peggy is heavier than a solo craft, which will help her stand up to the rigors of unpredictable North Atlantic weather and give Mark a little extra space. Citing camping holidays as a training tool for the cramped conditions, he declares, "I can lie down with my legs under the row deck, and the stowage intended for two people gives more room for all the supplies. I'm taking enough for the worst-case scenario of five months at sea". On the subject of dehydrated food, he laughs, "Most of it is okay actually. I'm bringing along plenty of seasoning to liven up the blander meals, together with lots of supplementary snacks such as salami, nuts and chocolate. Burning between 4,000-5,000 calories per day, it’s great – I can eat it all!".

Unless experiencing unusually calm seas, Mark is not able to fully stand up and stretch out, as the chances of being thrown overboard are too risky. Explaining further, Mark recalls that when purchasing Peggy second-hand he made an amusing discovery, "Inside the kit I found shin pads and a scrum cap. I contacted the guys who sold the boat to me who confirmed that this came in handy during rough days– you really do rattle around like a pea in a drum!".

Leading up to his first solo mission, Mark has tapped into advice from a variety of reliable sources to prepare himself mentally. His Everest climbing buddy from their 2010 challenge recommends tuning into his circadian rhythms for sleep and wake patterns, urging Mark to follow what is dictated naturally by his body which in turn will make him feel more at ease. "I have never spent so much time in solitude" Mark says, "so it will be important to stay positive. A quote I heard seems sensible - if you are going through hell, keep going, it’s a terrible place to stop".

With a self-confessed strategy to avoid looking at the bigger picture, he will keep focus by "breaking days down into small compartments and not checking the chart too often as that would drive you mad very quickly!". With a variety of music to keep him company, Mark believes this will become one of his go-to motivators the further he rows and already has a tune in mind for his final metres under Tower Bridge!  Communication is available via satellite phone for weather routing and inspiring messages from home, plus a tracker that will place his map position four-hourly. Equipped with family photos on his phone and an iPod given to him by wife Helene for his Everest expedition, he is set with a host of media to spur him on when the going gets tough. Solar panels create the power charge for equipment such as the desalinator and AIS, but to maximise the ever-changing position of the sun he also carries an auxiliary roving panel to exploit efficiency by harnessing the maximum rays available. 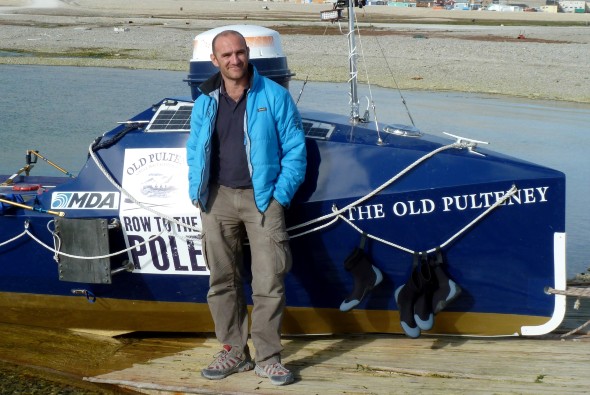 Donations from this North Atlantic solo row will support two charities, Global's Make Some Noise and the Plastic Ocean Project, with Mark keen to raise over £50,000.

Tuning in to Heart Radio on the school run, Mark was moved by what he heard. "Make Some Noise provide the opportunity for small charities to be heard whilst receiving donations direct, rather than 70-80% used up in administration. The remarkable stories were a revelation and how this project has changed lives often brought a tear to my eye, I am not too proud to admit that!".

As an avid rower, sailor and yacht captain, ocean charities are particularly important to Mark. With a focus on reducing marine plastic debris and its aftermath, the Plastic Ocean Project has worked with Mark to create an onboard system to capture and record micro-plastic levels in the yet untapped Gulfstream water column. Although Covid-19 has presented many logistical challenges and this initiative has been somewhat curtailed, Mark is still hopeful that equipment can be delivered prior to his launch date in June.

So what is the motivation behind completing treacherous trials, so far totalling four mountain climbs and one row? For this North Atlantic challenge, Mark is firmly driven by linking two iconic cities that are close to his heart whilst outlining, "it is the chance of a world first that appeals to me plus finishing on the Thames where I first cut my teeth with rowing will really make it a special homecoming". Having chosen to finish beyond the first UK landmark, he will row a further 300 miles to reach Tower Bridge in London, making this the furthest single row of its kind in history. 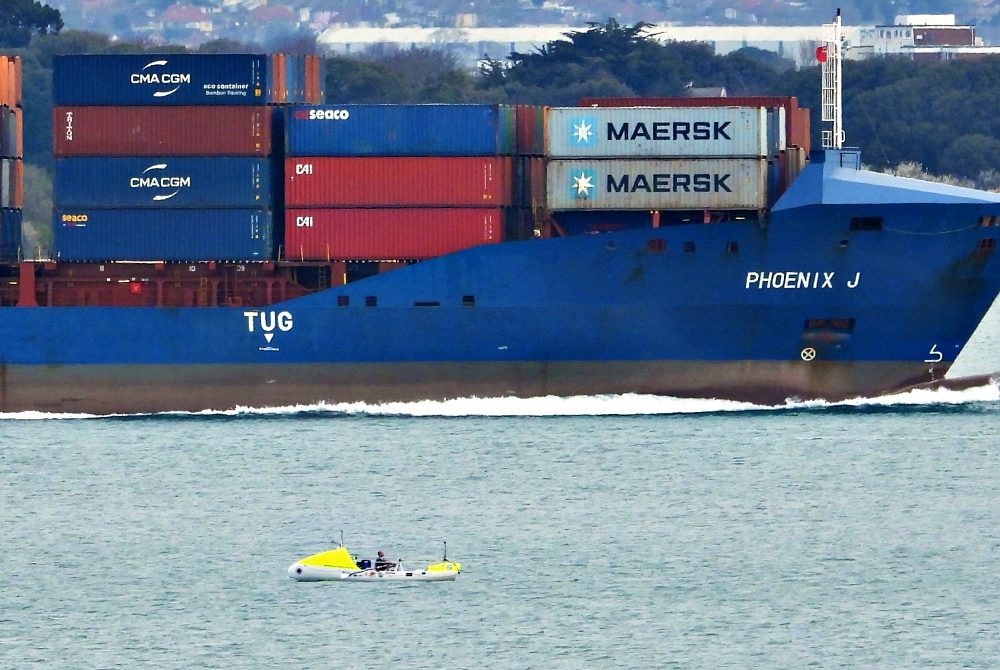 A self-confessed adventure junkie, what will be next on the cards for Mark? "Well, there is always something more to do and I've got a list of three big ones in mind, although not spending as long away from Helene and the kids next time" he chuckles. "The North West Passage, Denali, the highest peak in North America and the South Pole are all on my bucket list but let’s get this one out of the way first. My eldest son is coming up to ten and enjoys similar outdoor pursuits, so maybe we can knock a few off the list together!". Clearly this incredible rowing challenge from New York to London will certainly not be his last epic journey!

Ocean Independence will be following Mark throughout this incredible rowing challenge from New York to London. To learn more about the journey and donate to the chosen charities, visit northatlanticsolo.com.