Recently appointed as the new Head of Aviation at Ocean Independence, Philipp Wieser discusses his impressive background and previous experience.

Recently appointed as the new Head of Aviation at Ocean Independence, Philipp Wieser has amassed some impressive experience within luxury travel. His fascinating journey through the colourful landscape of aviation brings a detailed understanding of the industry in order to further develop the natural synergy between superyachts and private jet travel.  Finding his calling at a young age and with immeasurable knowledge to share today, Philipp is delighted to enhance the outstanding end-to-end service provided for clients at Ocean Independence.

Growing up in Austria, just 100m from Innsbruck International Airport, Philipp Wieser developed a deep-seated fascination for aviation at a very young age. With an aviator father, who was an air traffic controller and procedure designer for airlines, he spent his entire childhood captivated by all aspects of aircraft.

Philipp recalls a story from when he was very young as a great example, "We had been playing soccer in the garden and suddenly the family realised I was missing" he laughs, "After searching nearby to no avail, my father received a call from the airport to advise that his very enthusiastic three-year-old son was in fact running around on the tarmac and checking out the planes!" It is clear that this marked the starting point for a huge draw towards all-things aviation, and with pilots and stewardesses as his babysitters, it is no wonder this passion continued to grow.

After primary school and Austrian high school, at the age of 14 Philipp attended a technical college for mechanical engineering where an obligatory four week's work experience during the summer holidays presented him with an excellent opportunity. Obviously, the airport was a natural choice. Philipp spent his initial month at the maintenance centre where aircraft were repaired and refreshed, the next year he moved on to the Austrian Airline offices where he revised their approach templates and so on, until he finished school aged 19. Having gained a degree and a master's degree in mechanical engineering, Philipp immediately left for the USA, enthusiastic and very ready to train as a pilot.

We had been playing soccer in the garden and suddenly the family realised I was missing. After searching nearby to no avail, my father received a call from the airport to advise that his very enthusiastic three-year-old son was in fact running around on the tarmac and checking out the planes!

Spending 18 months in Florida, successfully completing his American Commercial Pilot's Licence on multi-engine aircraft, he returned to Austria and spent six months transferring this licence to meet European standards. Completing his Airline Transport Pilot's Licence in Austria, and following eight months of military service, Philipp undertook a type rating for private jets, meaning that on completion he could obtain precise training on the specific aircraft he wished to fly. Thanks to good connections with local jet providers, he was lucky enough to receive a type rating on a Cessna Citation.

Immediately hired by an Austrian company based in Vienna, he worked on significant contracts as their first officer, transporting ministers to meetings on government private jets. Flying heads of state such as the Chancellor, Foreign Minister and Internal Minister, Philipp's position provided him with excellent experience dealing with VIP clients. However, not feeling that Vienna was the place to settle, he was offered a great opportunity in the south of France, with the chance to learn a new language and soak up a different culture, which was always a goal. Working as a first officer combined with personal assistant to the President at Air Fleet Credit Corporation in Monaco, he amassed extensive knowledge in the financing and leasing of aircraft to airlines. Also flying as a freelancer on commercial jets, he gathered many airbourne hours, and by the age of 28 Philipp reached the status of captain, flying the Citation Jet II.

Keen to start up his own business and put his skills into practice, Philipp established an aviation company out of Cannes-Mandelieu, catering for a number of private clients, one of which was Mr Zepter from Zepter International. Looking for an in-house solution to grow their fleet of jets, this encouraged another move, this time to the headquarters in Switzerland, where Philipp founded the Zepter Aviation Department, called Zeptair. Over time he was managing a large fleet of aircraft within the division, gaining outstanding experience and eventually appointed as CEO.

Remaining in Switzerland, involved in aircraft charter, aircraft transactions and business development, Philipp was employed by a client looking to elevate his aviation operations. Acting as an exclusive consultant to this multi-billion Dollar company involved in trading aircraft, he established a cyclical process to purchase, refit and sell planes whilst also being involved in crewing and optimising flight operations. Approached by Jetcraft, one of the global leaders in aircraft sales and acquisition, due to his innate aptitude, he subsequently became the sales director for central Europe. 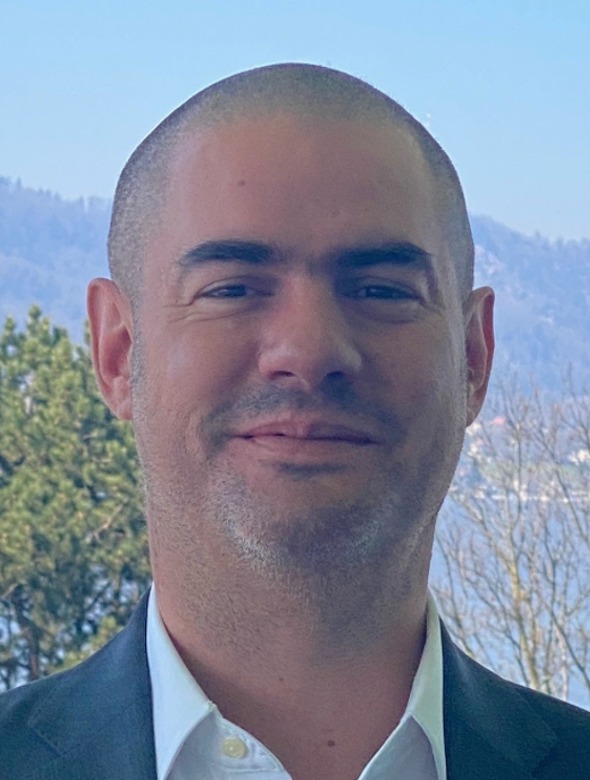 With the advent of the pandemic and forced to work from home, the aviation landscape became a difficult one, filled with hesitation and uncertainty. Enjoying time at home with his family, Philipp reflects back, "this was something of a novelty after years of continuous and relentless travelling" he states, "My wife returned to her career as an interior architect and designer and I swapped the flight deck to take up the reins at home, which was a fantastic opportunity to reconnect". As travel slowly regained momentum, Philipp returned to the roots of his small consultancy company. Working alongside his highly experienced father they consulted airports whilst retaining a focus on aircraft transactions and business development for smaller companies as before.

A recent meeting with Peter Hürzeler at Ocean Independence prompted the opportunity to join the team as Head of Aviation with the goal of progressing this busy side of the company. With a great deal of VIP client knowledge and awareness of the synergy of services offered by yachts and jets, Philipp's previous experience as a pilot flying clients to superyachts gives him an excellent advantage to fully understand the luxury landscape.

Offering a range of comprehensive services, further facilitated by his superb aviation connections, Philipp's primary focus at Ocean Independence will be on organising aircraft charter, aircraft acquisition and sales, plus consultancy for aircraft and airports.