“Glass Onion: A Knives Out Mystery”

Often stealing the show with their majesty and class, from James Bond to the Wolf of Wall Street, some of Hollywood’s most iconic screenplays have featured stunning yachts. AQUARIUS, a very special yacht in our charter fleet - is certainly no different.

Built by prestigious Turkish shipyard Mengi Yay in 2016, and available for charter with Ocean Independence, 46m (151') AQUARIUS is making a splash appearing in the all-new blockbuster sequel - Glass Onion: A Knives Out Mystery. Set to be released on Netflix on the 23rd of December, the distinguished cast coupled with this beautiful luxury yacht make for a gripping combination.

Seen in the opening pictures, AQUARIUS cruises through the beautiful blue waters of Greece, but inside she harbours a table full of mysterious suspects. Each uniquely dressed and fervently awaiting the arrival of one man. Benoit Blanc (Daniel Craig) enters, and with the gentleman detective now on board, the business of solving a mysterious murder ensues.

While the star-studded line-up includes Daniel Craig, Edward Norton, Janelle Monae, Madelyn Cline, Kate Hudson, and Dave Bautista to name just a few. For us, AQUARIUS is in a class of her own. With her contemporary styling, striking vertical bow, and extravagant interior, she serves as the perfect backdrop for this glamorous murder mystery. And, if that wasn’t exciting enough, Captain Andino is played by AQUARIUS’ real life Captain Ali Göksoy. While unable to reveal any secrets about the movie, he told us: 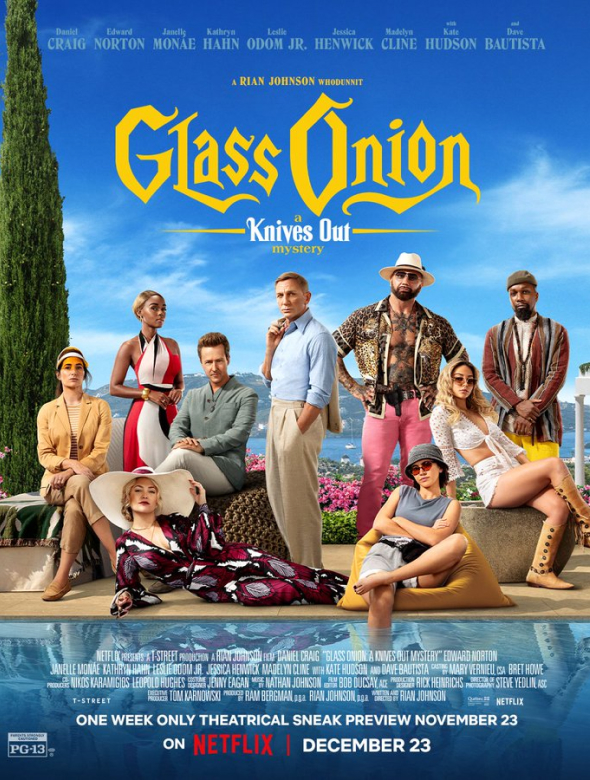 “We had an amazing time shooting the film in Greece with Rian Johnson and the rest of the cast. They were extremely professional and made my first acting experience a great pleasure. I learnt a lot about just how much goes into filming these incredible movies and gained a new level of respect for the acting world.”

Rian Johnson is the director behind this fresh whodunit thriller where - at the invitation of tech billionaire Miles Bron - Detective Blanc arrives at a luxurious private estate on a remote Greek island to investigate a mysterious death. There he meets an eclectic mix of people including former business partner Andi Brand, cutting-edge scientist Lionel Toussaint, fashion designer Birdie Jay with her conscientious assistant Peg, plus influencer Duke Cody and his sidekick girlfriend Whiskey.

But why are they all there and who can be trusted? Only Detective Blanc has what it takes to unravel these questions – but can he do so before anyone else comes to harm? All will be revealed when Glass Onion: a Knives Out Mystery launches on Netflix this December. 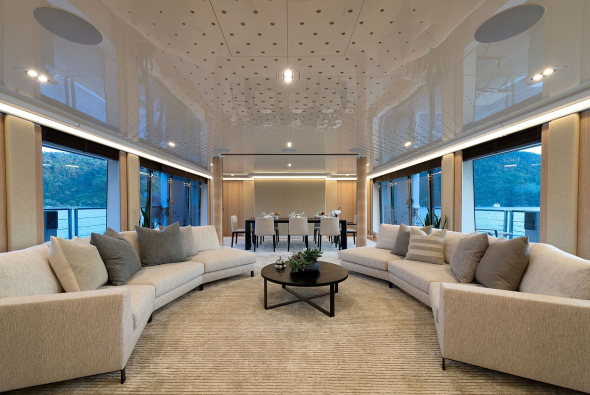 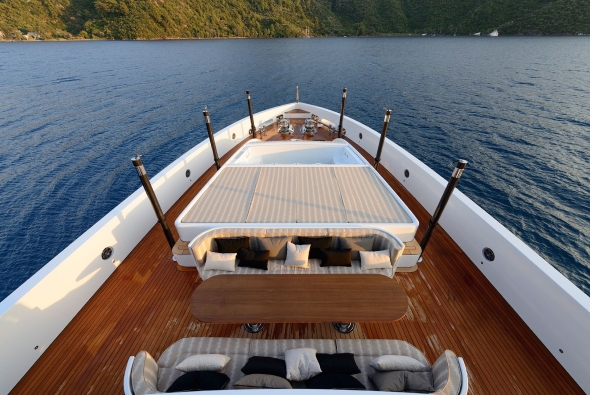 With AQUARIUS the setting for some key scenes in the film, we asked Captain Ali why she was the ideal yacht to star in Glass Onion:

“AQUARIUS effortlessly lent herself to filming on board. With her roomy decks, custom interior, and intriguing ambiance she has a style of her own perfect for a film like this.”

So, If you want to live out your very own fantasy on board a beautiful superyacht, or throw your own glamorous murder mystery party, then AQUARIUS has proven to be the perfect choice. Available for charter in 2023 in Turkey and Greece, be sure to enquire below to book a luxury vacation like no other.