Rich in both history and beauty, Spetses in the Saronic Gulf is a wonderfully serene island, where horse and carriage is the preferred transport. Pine trees meet the sea at scenic coves and fish tavernas thrive at the old port.

Naturally enticing and ultimately charming, Spetses is an outstanding destination for visiting yachts. Rugged shores lapped by turquoise water beckon swimming and snorkelling to your heart's content, while secluded anchorages are ideal for lunch on the aft deck.

Festivals are a big part of life on Spetses. In September, the impressive re-enactment of the famous local naval battle of the Greek revolution takes place. The “Armata” culminates in victory with the symbolic burning of an enemy flagship in the harbour, while fishing boats and sea-taxis hoist blue and red flags of the revolution emblazoned with the word “Spetses”. This is the most significant annual event in Spetses' culture and lasts a whole week. At the start of September, the Festival of Agios Mamas occurs on a small beach near Dapia. Children gather at the foot of the church after evening mass and take small handmade boats filled with candles and sail them out to sea. This really is a beautiful and romantic sight.

Steeped in history and tradition, one of the most famous heroes of the Greek Revolution in Spetses was the female captain, Lascarina Bouboulina. Taking command of her murdered husband’s fleet, she was an active member of the Filiki Etairia, a secret organisation plotting the revolt. Also a great business woman, she paid over her fortune amassed from two husbands, to finance the war: indeed she built the famous ship Agamemnon, equipped with 18 cannons, the largest vessel used in the War of Independence. Many streets in Greece are named after her today as a mark of the esteem she is held in.

This enticing isle is a fascinating stopping point on a Saronic Islands yacht charter and a few days exploring is well worth the time.

Explore the towns alleyways and look out for the black and white pebble mosaics, often maritime themed, decorating the courtyards

Sports lovers must not miss the unique April Spetsathlon, the biggest triathlon in Greece that sees athletes competing fiercely in swimming, cycling and running races

Agia Paraskevi beach, close to Anargyri, is achingly beautiful - fringed by pine trees and a small church and taverna nestle below the shady branches 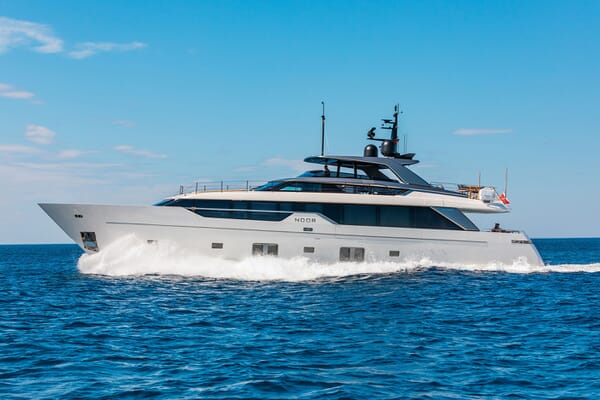 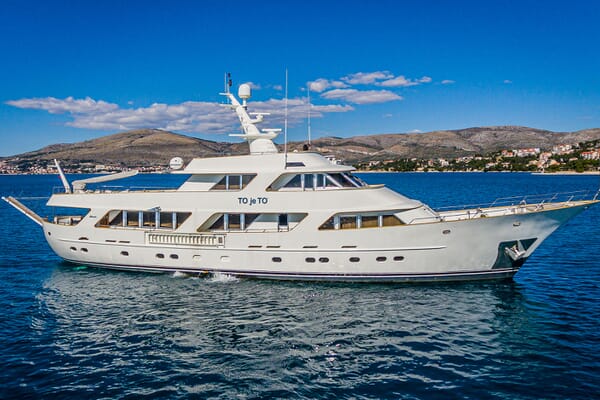 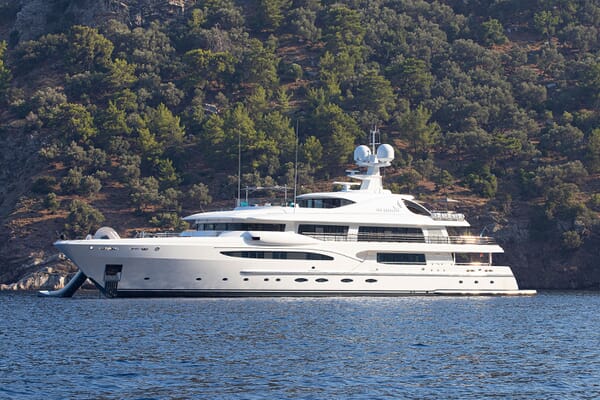 Open to a small selection of clientele the 65m Amels M/Y SEA RHAPSODY is for guests seeking luxury with understated opulence.