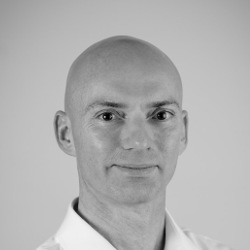 Chris developed his maritime passion during regular sailing trips taken with his father on their private sailboat. This led to him earning his Captain's license and a 10-year career working on both private and charter yachts. His expeditions included sailing the waters of the East and West coasts of the United States, Central America and the Caribbean all while interacting closely with clients and owners.

Subsequently Chris relocated to a shore-based role, utilising his skills within the private aviation sector, he gained a wealth of experience with a variety of VIP aircraft. As a respected manager in the private aviation industry, he was responsible for the ongoing success of large departments in the United States, and in Europe while also overseeing some activities in the Middle East. During his time ashore, he took the opportunity to complete his MBA at the University of St Gallen in Switzerland.

However, Chris realised throughout the years his love of the ocean never faded and his true passion would always be the water, and so comes full circle in his role at Ocean Independence. Merging his yachting and aviation expertise, underpinned with his well-honed management skills, he delivers confidence, reliability, and enthusiasm to assist clients with the best possible yacht ownership experience.