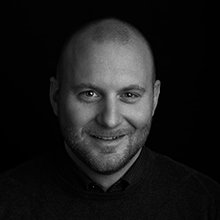 Claudio joined Peter Hürzeler, Managing Partner, in 2001 and at that time the company consisted of just three people. During some years of considerable growth, Claudio has contributed his part to make it possible for Ocean Independence to become one of the world's leading yacht brokerage companies. He has been heavily involved in various administration and back-office projects and is responsible for the CRM system within the company. As the system has become an important brokerage tool his focus is now to motivate all positive use by brokers and to increase group sales.

Being a child of a Swiss mother and an Italian father, plus growing up near an international big-little city like Zurich, Claudio enjoys different cultures and languages. As father of three daughters he is very much a family guy, but also a big sports fan.