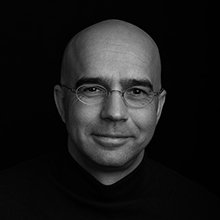 Coming from a long family history of Baltic Sea shipbuilders and seafarers, Swiss born Daniel has over two decades of experience at sea, as well as in the construction and refit of large yachts. Throughout his career and studies, Daniel gained extensive knowledge of commercial shipping, large sailing vessels and extraordinary yachts. In the early stages of his yachting career, he worked as a deckhand and mate on large private yachts. After completing his nautical studies and subsequently serving as a naval officer, Daniel received his Master Mariner license. While this enables him to captain any commercial vessel of unlimited tonnage in worldwide trade, he also holds two Yachtmaster licenses. After concluding all of the aforementioned accomplishments, he decided to return to private yachting and captained a 52m motor yacht.

Daniel moved ashore to play an active role in building the team at Ocean Independence, and his competence and professionalism have been highly evident in the results he has achieved in this role. He has successfully overseen many yacht projects, ranging in length from 20m to more than 100m, and is now in charge of the entire operations of Ocean Management, including the construction, refit and operational management of a fast-growing fleet of large commercial and private yachts. In 2015, Daniel joined the board of Ocean Independence and is a shareholder of the company.