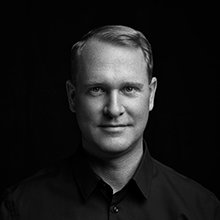 Hanspeter was born and raised in Zurich where he passed his first diploma as a businessman at the young age of 19, which was followed by compulsory service in the Swiss army. He then successfully studied Hotel Management in Lucerne, Switzerland, gaining experience at hotel Baur au Lac in Zurich before moving to Lausanne to learn perfect table service at Michelin-starred Lausanne Palace & Spa.

As a next step he moved to the island of Madeira, gaining valuable experience in a variety of roles as F&B assistant, groups & event manager plus duty manager, at the famous Reid’s Palace Hotel. He then held a position as vice director at the Grand Hotel Park in Gstaad, followed by an additional education to become civil officer on the cruise ship GTS Constellation. After the pre-opening and the official opening of the Park Hyatt Hotel in Zurich he spent one season in Palm Springs, USA, in the role of private butler for the famous Gunter Sachs family.

To make his next dream come true, gaining working experience in Asia, Hanspeter signed a contract as Resort Manager at the Paradise Koh Yao, an exclusive boutique beach hotel in Thailand. Two years later he moved back to Switzerland to work directly for the CEO of Caviar House & Prunier to set up two new departments in public relations and event management. In 2011, he decided to start his own business and founded two companies: Swiss Butlers and Knigge Coaching. In the meantime, he is also President of the Swiss Butler Association and is still working as a private butler  for some of his regular clients.