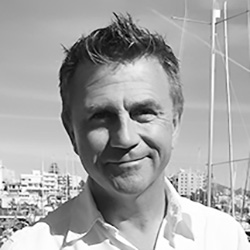 After training and working as a carpenter in Germany, Michael spent time in the German Army, where he trained in engineering. After completing his service, Michael worked as an engineer, while also working part time at a shipyard, refitting the smaller yachts that cruise on the German lakes. When the owner of the shipyard invited Michael to the South of France to work on a yacht, his love for the industry took off.

Michael subsequently held several positions on board motor yachts, quickly working his way up to Captain, and now holds a commercial license for yachts up to 500GT. After 14 years on board, he switched focus to continue in the industry as a yacht broker and joins Ocean Independence after several years in this role.

With extensive experience in carpentry, engineering, hospitality and yachting, Michael is able to offer thorough advice and sound knowledge to his clients, not only in the purchase and sales of motor yachts, but also in the construction of new build projects. Speaking German, English, Spanish and French, Michael takes pride in offering exceptional service and considers yacht brokerage not just a job, but a passion.