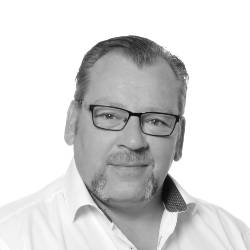 Mirko Derezynski was born with seafaring in his blood. With a grandfather as the first mate on a fishing cutter, an uncle as a captain in deep sea fishing, and a father as electrical engineer in shipbuilding, Mirko's sea career was sealed. After 12 years of service with the Navy, he studied nautical science and obtained his unlimited Captain’s License for worldwide trade, then served several years as a nautical officer and finally as a Captain on container ships up to 90,449 GT. In 2016, Mirko had the opportunity to work as a Captain on an Abeking & Rasmussen SWATH pilot ship in the German Bight for two years. Following this and a subsequent two year period as a nautical inspector for a shipping company, Mirko joined Ocean Independence a delivery Captain in the spring of 2021 to transfer an Abeking & Rasmussen SWATH expedition yacht from the Caribbean to Europe. Now part of the Ocean Independence team as a Yacht Manager, he uses his extensive and practical knowledge to manage yacht operations and is looking forward to new challenges.