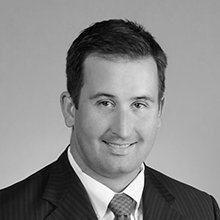 Patrick’s life on the water began at a young age aboard his parents' Ocean Alexander Trawler on Lake Michigan. As a teenager, he spent his summers on board as well as working in the marina as a dock hand. He then spent two summers as an intern at Broward Marine, learning the trades of yacht construction and naval architecture. Patrick went on to study finance at Michigan State University and moved to Chicago to pursue a career in mortgage banking. During his time in Chicago, Patrick became involved in competitive sailboat racing and joined the Chicago Yacht Club.

In 2015, Patrick joined Ocean Independence as a yacht broker to follow his passion in yachting. His experience in banking and his background in the yachting community have established him as an integral member of the team in the Fort Lauderdale office.