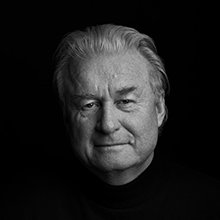 Swiss-born Peter Hürzeler has over 30 years of experience in the yachting industry, from merchant deck officer at the ages of 21-30 to the present day where, as Managing Director of Ocean Independence, he runs one of the world’s foremost luxury yacht brokerage, charter, management, new build and consultancy companies.

From pastime to profession, Peter circumnavigated the globe as a young merchant deck officer, gaining thousands of sea-miles on commercial ships and, in parallel, acquired his Dutch Master Mariner qualification. In 1985, using the knowledge, professionalism and seamanship he had acquired during his commercial training, Peter decided to create one of the industry’s first owner-operated luxury cruise-charter companies. The fleet’s first vessel, 120’ sailing yacht COLOMBAIO, was commissioned and constructed in Holland, commercially certified, registered and operated—this at a time when the likes of the MCA were not even dreamed of. Peter captained COLOMBAIO from her launch in 1987. The yacht was kept solidly booked for several years and the charter operation eventually grew from one yacht to three.

He then made the natural transition to life ashore, forming a company in his hometown of Zürich, called Ocean Cruise, specialising in yacht management and brokerage. In January 2005, after orchestrating the merger of Ocean Cruise, Sea Independence and Veloná Yachting, Peter joined forces with a long-standing friend and professional associate, Nicholas Dean. Together they formed Ocean Independence - a network of 15 offices, spanning the globe. 2008 saw the acquisition of Cavendish White, a highly respected and long-standing competitor, resulting in the world’s largest central agency listing of crewed luxury superyachts and one of the largest listings of yachts for sale. Peter was also elected for three terms as the President of MYBA - a global super yachting association.