An Exclusive Interview with Giorgio Armani

There are few names as synonymous with refined elegance and craftsmanship as that of Giorgio Armani. Since founding his eponymous fashion label in 1975, Mr. Armani – as he is always reverently addressed – has created an empire which now spans haute couture, ready-to-wear, beauty, homeware, interior design, hotels and restaurants, floristry and even chocolates. There is no lifestyle element, it seems, which cannot infinitely benefit from the Armani touch. “It all stems from the drive to create a world which reflects my taste,” says Armani. “It’s a natural progression, or at least it was for me. First you dress the body then you dress the space inhabited by the body. Having furnished the space, I also personalise it, exploring all the possibilities of an Armani label lifestyle.”

This year, the homeware arm of the Armani empire – Armani/Casa – celebrates its 21st birthday, but its story really began back in 1982 when Armani designed a lamp for his company’s Milan offices. Now known as the ‘Logo Lamp’, it became the Armani/Casa logo and still forms an integral part of each collection. “I’m very fond of this piece; with its pure geometric shape, natural materials and colours, it symbolically encapsulates all the fundamental elements of my design philosophy,” he says.

Just as Armani reinvented the way clothes were made – deconstructing centuries-old methods of tailoring to create a fluid, modern and rarefied silhouette – so too has Armani/Casa influenced the way we live. While the brand’s early designs were strongly linear, it has evolved into something softer. “Over the years, however, I’ve discovered a certain softness, a taste for the artisan nature of material and, if you like, a toned-down, luxury frivolity which I now find are the key features of the collection,” says Armani. “Yet what truly emerges is the taste for the basic line which enhances the material. In this sense it is identical to my approach to clothes, in which it’s always the material which speaks, via the pared-down design.” 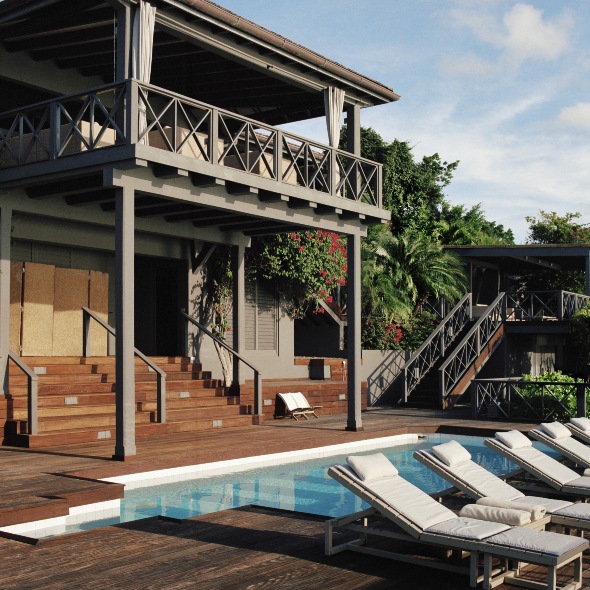 Armani established the Armani/Casa Interior Design Studio in 2004, realising his vision for elegant living. Recent projects include the Armani/Casa Moscow Residences, a complex of 26 luxury properties close to the State Tretyakov Gallery, and he is also redesigning his historic building on Madison Avenue, New York, which will house not only the new Giorgio Armani boutique but also Residences by Armani/Casa.

Armani’s expansion into hospitality with the launches of the Armani Hotels in Dubai in 2010 and in Milan in 2011 saw his vision distilled into service and setting. How did he ensure that the Armani aesthetic was imbued in every element? “In the only way I can – fanatically checking all the smallest details, making sure that everything, from the furniture to the service, reflects my idea and my vision. I’m pleased with the result because what the hotels are offering is a luxury yet extremely discreet service, not at all ostentatious, made to measure for each person.”

Recently, Armani has also been designing interiors for yachts. “Designing yacht interiors represents the coming together of two great passions – on the one hand the sea and on the other the home as a space to be dressed,” says Armani. “A yacht is none other than a moving home on the water, a fusion of adventure and freedom. I very much like the technical limitations of this specific area of design, they stimulate creativity rather than inhibit it.”

The key to Armani’s staggering success as a creative polymath is undoubtedly his unique ability to articulate his very specific style in myriad ways and to continuously evolve: “The decision not to evolve is fatal in my opinion,” he says. “I would say that mine is a deeply humanist vision, and my work glorifies the person in that everything, from furniture to clothes, is designed to show them off and not to disguise them.”

The word ‘luxury’ is an easy word to attribute to Armani – both the brand and the man – and yet it is a term in danger of losing its potency, he says. “There is much talk about luxury, possibly too much, at times even losing sight of its true meaning. “For me, luxury is a personal concept and difficult to generalise; whatever makes you feel good is a luxury to me and is not necessarily something expensive. It can be a piece of furniture with maximum careful crafting and, likewise, having time available to spend with the ones you love. As a man, and businessperson, I think that the utmost in luxury is represented by freedom and independence. We’re realising this now more than ever.”