From the cultivation of rare natural fibres to wearable technology and the delivery of exceptional superyacht concepts made real, meet three heroes of the design world

Hailed as the most influential designer of his generation, Marc Newson applies best practice from industrial and fashion design to create iconic crossover products.

Prolific Australian designer Marc Newson is universally admired and respected, being one of the only product designers to bridge the gap between fashion and industrial design – and in the process, producing several iconic products. His Lockheed Lounge, designed some 20 years ago, has now set three consecutive world records at auction and, in April 2015, one of the chairs sold at auction for £2.4 million – making it the most expensive object ever sold by a living designer. Unsurprisingly then, he has worked with some of the world’s most prestigious brands, from the new Louis Vuitton rolling luggage range, to pens for Montblanc, eyewear, aircraft interiors and even a surfboard so extraordinarily beautiful that it was sold as a sculpture. In fact, there’s little that Newson hasn’t had a go at. Remember the astonishingly avant-garde, limited edition Aquariva Riva tender, which launched in 2010 for a cool $1.5m a pop? Newson, of course. 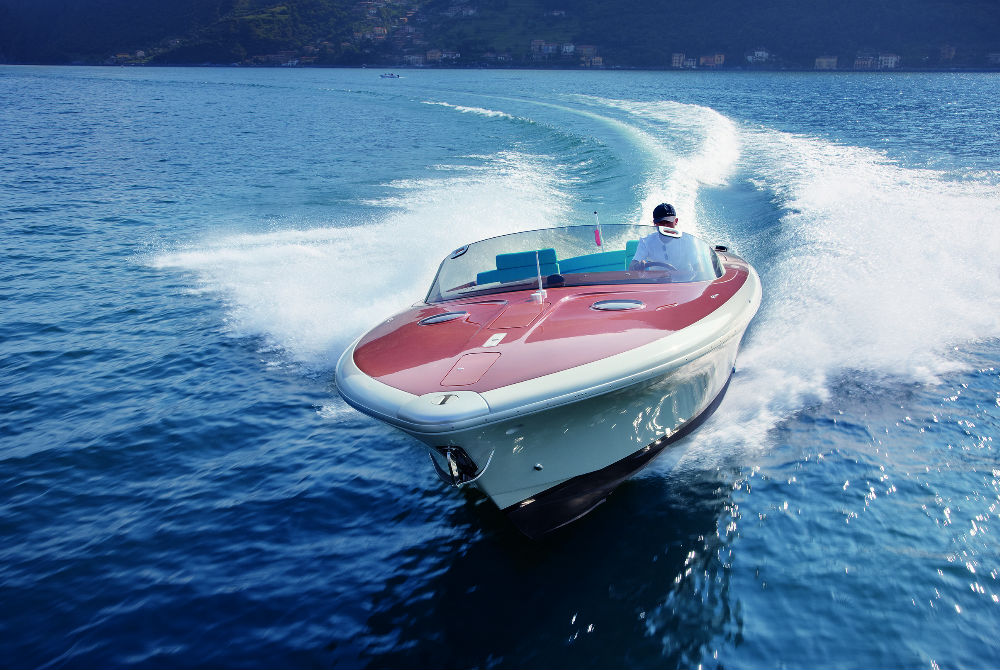 His extraordinary combination of technical prowess and creative ingenuity has gilded his reputation as an innovator across the board. Mark Parker, CEO of Nike has even attributed a ‘manufacturing revolution’ to Newson for his Zvezdochka shoe (2004). Now CBE, his work accounts for almost 25% of the total contemporary design art market, but since 2014 a lot of his time and attention has been focused on one client: Apple. Describing himself as ‘techie in an analogue sense’ he and Ive (the man responsible for the slick, pared-back aesthetics of Apple products), are firm friends with a shared commitment to improving what already exists. There can be no limit on what might come next for Apple as it forays further from pure technology into luxury lifestyle, with Ive and Newson in the driving seat.

Always a step ahead, Winch Design is synonymous with technical brilliance, functional beauty and innovative application of design. Just don’t say he has a ‘style’. In November 1988, Boat International introduced ‘one of the youngest designers now making a name for himself in the increasingly competitive and rarefied world of superyacht design’: Andrew Winch. Having grown up playing around in dinghies on Chichester harbour, on the south coast of England, Andrew Winch studied 3D design before spending a year as a Captain, gaining crucial experience on board. Combining his passion for sailing and a talent for design he has since become one of the best-known and most in-demand superyacht designers in the world.

Winch staunchly believes that as a designer, he doesn’t have a studio style. “We are a tool to deliver something better than they could have imagined themselves – but it’s their road,” says Winch. 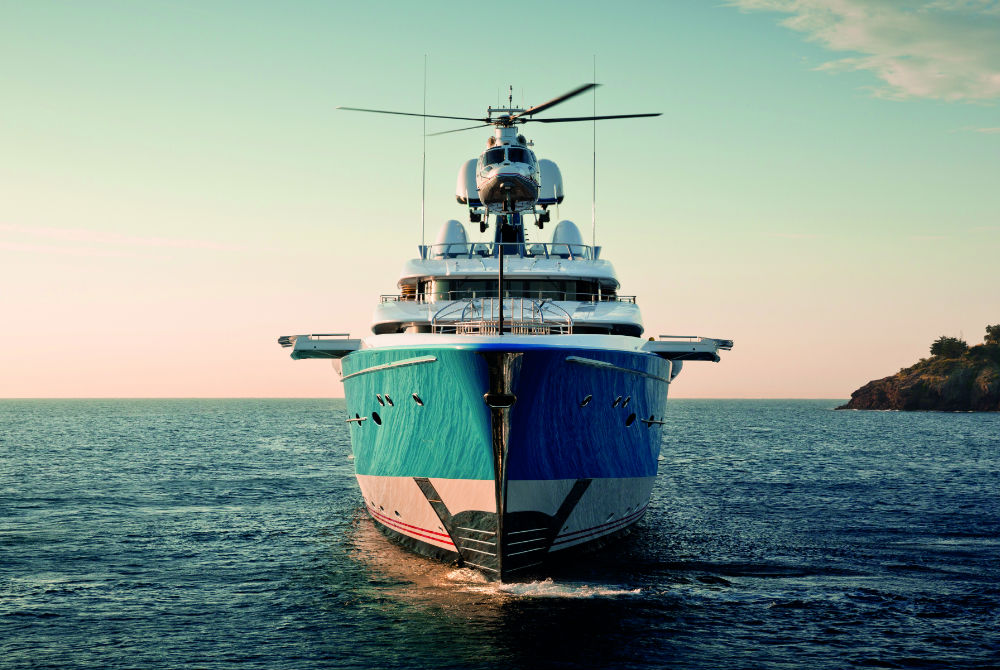 Winch’s vision, unerring attention to detail and quest to continually push technical boundaries has won him several industry awards and brought a host of high-profile yacht projects to his door. It has also seen his work venture into aviation, architecture and interior design. “I went to see a client about a potential sailing yacht, and came away with the request to design the interior of his private Boeing Business Jet II.” Now, running multi-projects for his exclusive client list has become the base of the Winch Design business plan. The studio delivers a range of projects for their clients, with superyachts taking up around 50 per cent of all design projects. At the end of June (at the time of publishing), 83m superyacht Here Comes The Sun launched – Amel’s largest to date – with interiors by Winch. Elsewhere, on dry land, but catering to a discerning yachting crowd, the new members-only Yacht Club at Portonovi in Montenegro’s Boka Bay is set to open in 2017 – another excellent example of why Winch remains at the forefront of design.

A commitment to substainability and a personal mission to always improve on processes and materials has given Loro Piana a global reputation for excellence.

Loro Piana is to cashmere what Hermès is to handbags: developing and producing superlative textiles using the world’s finest, and rarest, raw materials. The name Loro Piana has become synonymous with exceptional quality. But what underpins their reputation is the Deputy Chairman Pier Luigi Loro Piana’s continued commitment to sustainability – not something they shout about, but a personal, pioneering sensibility – which, along with continual evolutions in research and development keep Loro Piana at the cutting-edge of technological advancement. 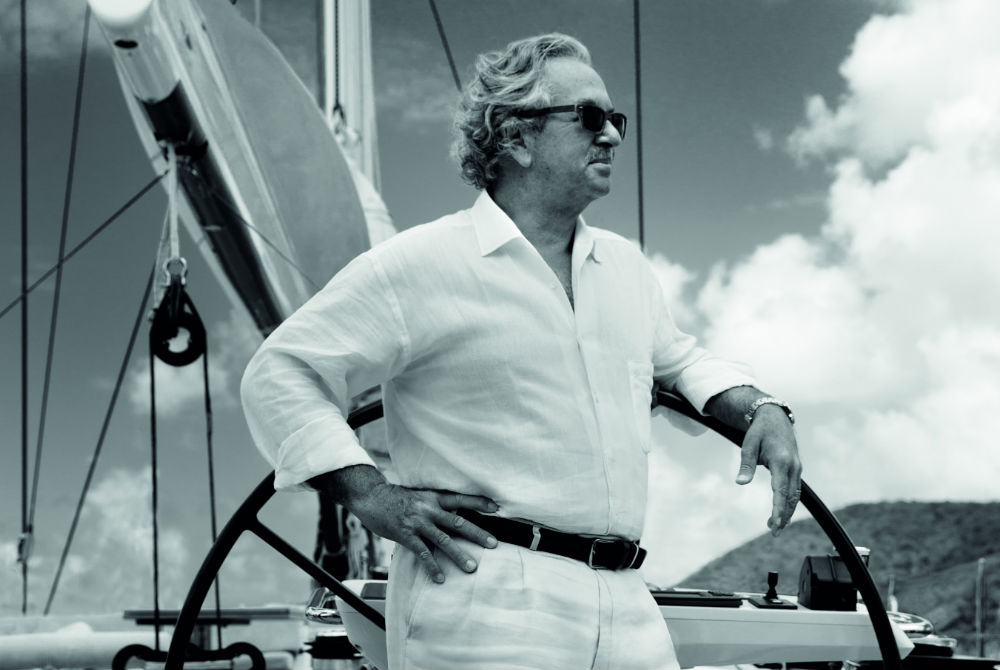 Pier Luigi’s passion for the raw natural fibres that the company cultivates, and a commitment to continually improve their quality, has led to innovative schemes to support the communities and families that tend them. From the Mongolian cashmere to the Peruvian vicuña and the lotus flower in China – communities and breeds are benefiting from long term conservation programs set up to safeguard the animals and their habitats. Working with farms in Australia and New Zealand, Loro Piana ensures that dying crafts are maintained. It’s the antithesis of fast fashion.

Being an avid sailor and sponsor of the Loro Piana Superyacht Regattas in Porto Cervo and The British Virgin Islands, the house’s high performance clothing line for sailors is unsurprisingly technically brilliant, having been tested on crew and guests, as well as Pier Luigi himself at the helm. In fact, his maxiyacht MY Song has been a ‘laboratory’ of interior design solutions for superyachts and private jets, from sumptuous carpets to natural linen-wrapped cabinetry. Summer 2016, Pier Luigi took the helm of his new 40m race yacht, launched in Finland. Having worked closely with the designer Mario Pedol from Nauta and hull engineers Reichel/Pugh, he was very involved in the design process, and it’s no surprise that this boat was always one step ahead.