There can’t be many global rock stars who are regarded just as highly in the exacting world of design, or who can so deftly turn their hand to acting or photography. But then Lenny Kravitz is not a conventional musician, always seeking to push the boundaries of his craft.

As influenced by Led Zeppelin as Al Green, Kravitz refused to be pigeonholed by record company executives who would only sign him as a 17-year-old if he changed his music. He steadfastly rejected their offers and today has sold more than 40 million records without ever compromising on his style.
But as with all true creatives, there is always an itch to scratch. In 2003, having won four Grammy Awards, Kravitz was encouraged by the iconic French designer Philippe Starck to pursue another creative passion: design. He founded his eponymous company, Kravitz Design, that same year and has since designed interiors for luxury hotels, private residences as well as product design including cameras for Leica, a chandelier for Swarovski and a watch for Rolex. Kravitz even collaborated with Starck himself, who has described him as “a weapon of mass construction.” 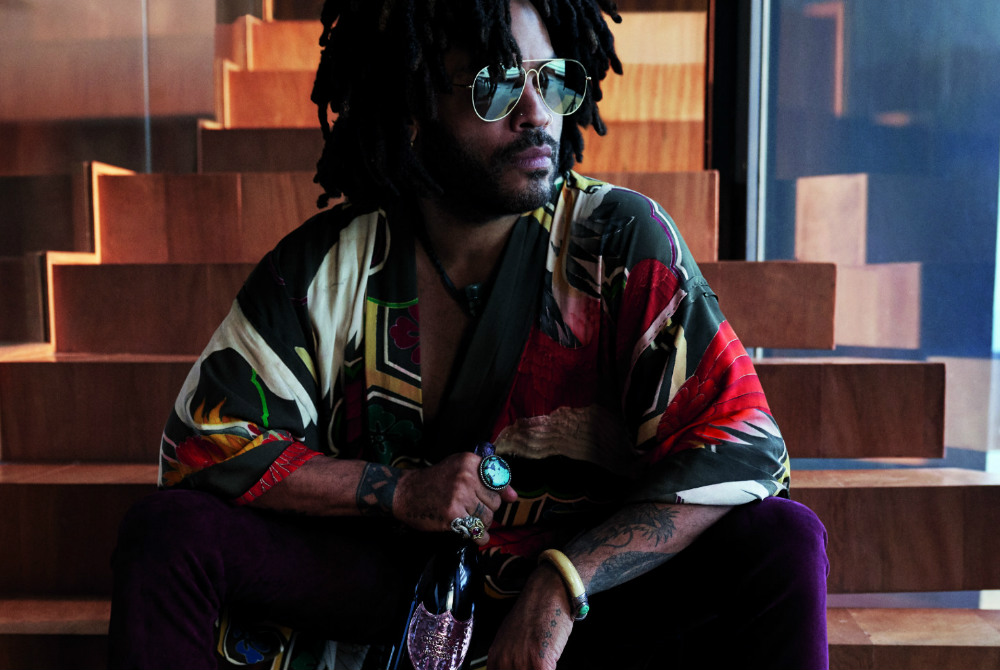 Kravitz’s refusal to be pigeonholed can even be seen in the way he lives, splitting his apartment in Paris, a farm in Brazil (both of which he designed himself) and an Airstream trailer in the Bahamas, which he reaches by his Magnum 60 yacht. Named in 2018 as Creative Director at Dom Pérignon,
Kravitz has shot a campaign for the Champagne house featuring the likes of Susan Sarandon, Alexander Wang and his daughter, the actor Zoe Kravitz. He has also crafted three new designs for the house – limited edition 75cl bottles of Vintage 2008 and Rosé Vintage 2006, featuring hammered gold on the shield-shaped label and a case, a luxurious magnum case which becomes a candleholder and a sleek Champagne table.
“I’ve designed objects, watches, furnishings, wallpapers, cameras, and interiors with a style that continuously evolves; in design, just like music, I try to follow an evolutionary course,” Kravitz says. “If you look at my projects, you’ll see that the farm in Brazil is much different from the apartment in Paris. But underneath, there’s a common sensibility that I can’t describe in words... I like to be eclectic, mixing diverse influences, just as I do with music.”

The only son of Hollywood producer Sy Kravitz and television actor Roxie Roker, Kravitz acted in his youth and so when director Lee Daniels approached him to appear in his 2009 movie Precious, the big screen was an obvious next step. With critically acclaimed roles in The Hunger Games series and The Butler among others, acting is another platform for Kravitz’s talents.
Currently touring with his eleventh studio album, Rise Vibration, Kravitz’s commitment to music remains undimmed. “Music and my relationship with music is quite deep, and it really is the nucleus of my creativity.”