This ambitious yacht's scientific achievements are impressive enough in isolation, but she is also a remarkable charter yacht.

Charter guests seeking adventure may struggle to find a yacht as fit for purpose as Plan B. This is a solid 50m boat with exploration in her genes. Originally built for the Australian Navy in the 1970s, she spent her former life mapping the Great Barrier Reef and beyond – before being decommissioned in the late 1990s. Today – as Plan B – she may have shed her rugged looks and transformed into a fully kitted-out, luxurious superyacht – but she continues to take the path less travelled – and has circumnavigated the globe numerous times under private ownership.

Many of the charter routes she takes are only accessible by private yacht – feeding guests’ growing appetites for truly remote travel. In Patagonia, one of her most popular destinations, it’s totally normal for guests not to encounter another soul for days at a time, as they paddle through glaciers, try their hand at heli-kayaking, fly-fish in lagoons or hike along volcanoes. And whilst encounters with other humans may be rare, Magellen penguins, sea lions, blue whales and humpack whales are often out in force, enabling unforgettable close encounters in the most tranquil and secluded of environments. 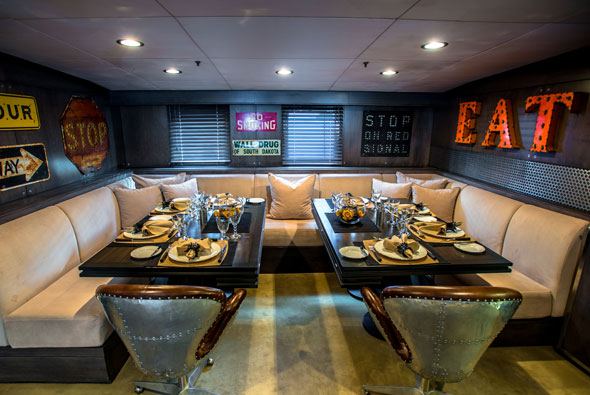 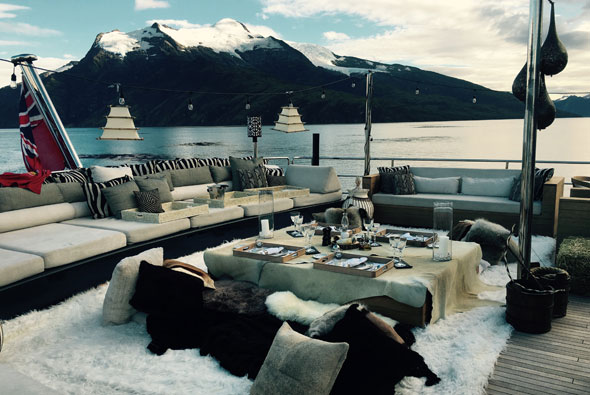 Expedition travel for the owner and charter guests might be sufficient for some – but not for Plan B. A large part of her time is spent hosting top scientists on marine research initiatives, everywhere from Panama and Palau to Fiji and New Caledonia. The boat works closely with both NatGeo’s Pristine Seas programme, established in 2008 to help protect the last wild places in the ocean, and The Waitt Institute, which empowers communities to restore their oceans. Together, they have helped to protect millions of square kilometres of ‘national parks of the sea.’ In the past twelve months alone, there have been scientific expeditions to Robinson Crusoe Island, Cape Horn and Tonga.

Adopting the latest technologies she is kitted out with the likes of baited underwater remote video cameras, as well as remote operated underwater robots, otherwise known as ‘Seaeye Falcons’. In February, when Plan B travelled to Alejandro Selkirk Island, 181km west of Robinson Crusoe Island in the Pacific, this equipment proved crucial. The team conducted 185 dives down to a depth of 112 feet – spending a mind-blowing 213 hours beneath the surface. The various underwater devices enabled the team to collect a massive 30 terabytes of data – all of which will be used to help study the ecosystems of these beautiful islands.

Happily, amidst all the research, Plan B still finds time for charter guests. Over the past twelve months she hosted trips to Tahiti, Bora Bora, French Polynesia, the Pitcairn Islands in the southern Pacific and many more. Plan B might be an unusually busy yacht – with her research missions and exhaustive route map, but charter guests will find that they can relax to their heart’s content on board. Thanks to her naval heritage and wide beam, this is a yacht that feels refreshingly airy and spacious; there’s room for 12 guests and 13 crew, as well as a gym, open-air cinema, Jacuzzi deck and expansive communal areas. This is adventure travel at its most comfortable – where will you take her?