Regarded as the ‘greatest waterman of all time’, the American big wave surfer’s legacy is assured. Yet there is far more to the pioneering entrepreneur Laird Hamilton than that.

It was on August 17 in the year 2000 that Laird Hamilton confirmed his place in history. Already revered as a surf master, the maverick co-inventor of tow-in surfing successfully rode a seemingly unconquerable wave: an awe-inspiring 70ft monster in Teahupo’o, Tahiti, which would become known as the Millennium Wave. It was the first time a wave of that size had ever been ridden, and in taming it Hamilton redefined the possibilities – both for the sport and human capability.

Described by Surfer Magazine as the “biggest, boldest, bravest, and the best big wave surfer in the world today, bar none,” Hamilton has earned the moniker of ‘the greatest waterman of all time’ despite having never won any form of championship in surfing or regularly competed. He has done it all on his own terms.

A seemingly fearless thrill-seeker from his earliest years (early video footage shows the seven-year-old Laird jumping into deep water from a 60ft cliff), Hamilton’s destiny was shaped by his childhood in Hawaii. “Where I grew up there lived the best watermen in the world, and I admired those who were good men first, before being great watermen,” Hamilton says. “My stepdad [Bill Hamilton] was a phenomenal surfer and someone that I admired and wanted to emulate as a young man.” 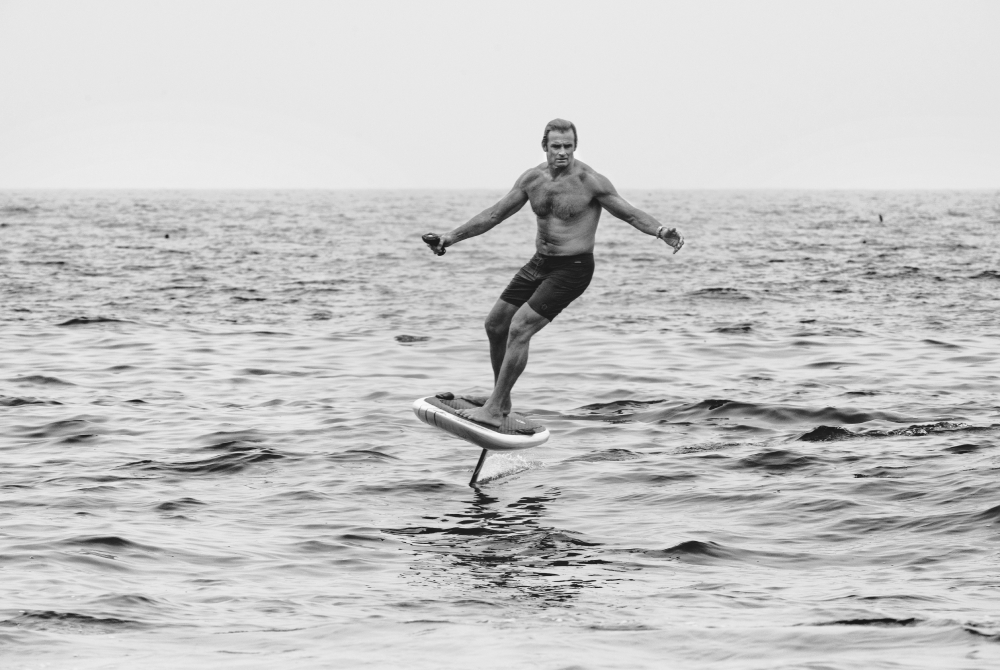 His desire to live up to the example set to him combined with an innate desire to explore the unknown saw Hamilton in constant pursuit of ever bigger waves. Much to the derision of surfing purists, he co-invented tow-in surfing, which enabled surfers to catch waves over 20ft high. His willingness to go against the grain and innovate saw him completely revolutionise water sports. He is credited with popularising stand-up paddle boarding, and bringing hydrofoil boarding to a larger audience, while on land, he invented the GolfBoard, a pioneering golf buggy-meets-surfboard for riding around the course.

With his striking looks and incredible abilities in the water, Hamilton appeared as Kevin Costner’s stunt double for 1995’s Waterworld – during the filming of which he was nearly lost at sea – and Pierce Brosnan’s for the opening surfing sequence of the Bond movie Die Another Day.

Hamilton has always understood the need to evolve and in 2016, together with his wife, the former professional volleyball player Gabrielle Reece, Hamilton launched the Extreme Performance Training (XPT), an intense fitness training and lifestyle programme featuring unique water workouts, performance breathing, recovery methods, endurance training and nutrition for people of all fitness levels and backgrounds.

The ‘Laird’ brand has expanded into superfoods and a clothing line, while his motivational speeches and workshops see him share his experiences in resilience, innovation, leadership and overcoming adversity with rapt audiences around the world. As a philanthropist, he has worked with non-profit organisations including Surfrider Foundation; Race Across America; Pipeline for a Cure for Cystic Fibrosis; Rain Catcher; Muscular Dystrophy and City of Hope.

Hamilton’s love of the ocean and commitment to preserving its legacy remain at the core of his life and purpose. In his new role as an ambassador for British fine watchmaker Bremont, Hamilton was the obvious choice to test their new limited edition Waterman Apex watch, a high-performance mechanical dive watch forming part of Bremont’s superlative Supermarine range.

Sales of the watch, which is limited to just 250 pieces, will support the Bimini Shark Lab, a non-profit organisation in the Bahamas focused on advancing humankind’s knowledge of the biology of marine animals, particularly sharks and rays. 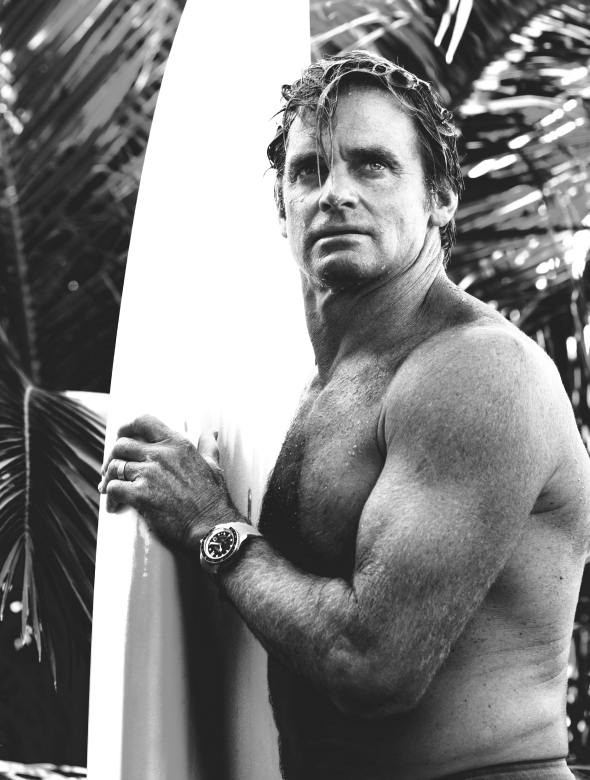 “I've been gifted with the opportunity to be able to do these things in the ocean that inspire people and so if I share that inspiration with other people then it will hopefully play a small part in making change,” he says.

Laird Hamilton’s ability to overcome fear has helped him not only to tame the power of a seemingly unconquerable ocean but also to evolve as a man. In doing so, he has expanded his legacy from one of single-minded sporting pursuit to empowering others to realise their own dreams and ambitions.

“You never know who you are going to influence through your actions. I don't know what child or what person I will be able to influence by sharing my love for the ocean and what they will then go on to do to affect change...They could be the next Jacques Cousteau!”